Blackburn's High Street has been crowned best in the country after winning the ‘Best Town Centre' category and scooping the overall award in the Great British High Street competition.

The competition attracted over 500,000 votes and Blackburn scored well enough to take home the crown for the ‘Great British High Street of the Year Award' beating 26 other finalists. 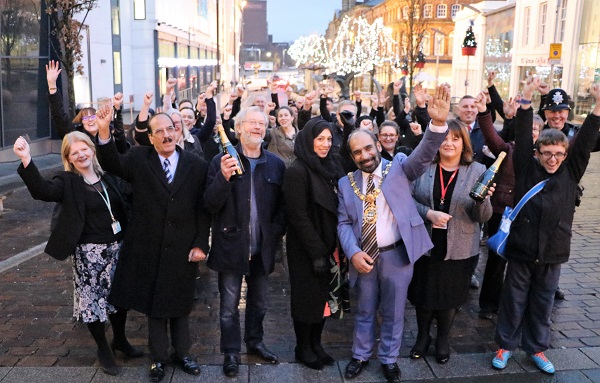 A team of experts from across the country were given a personalised tour of the town earlier this year as part of the competition sponsored by the Government.

Judges were ‘impressed' with the tour which included a visit to the renovated railway station, Fleming Square, the multi-million-pound Cathedral Quarter, the new bus station, Blackburn Market, The Mall Blackburn and the Cotton Exchange.

Communities Secretary Sajid Javid said, "Town centres are being revitalised, with vacancy rates falling over the last year, and Blackburn is a great example of how hard work and support for local businesses can turn things around.”

Nicola Clayton, Chair of Blackburn Business Improvement District, said, “This is a milestone moment for Blackburn. An unbelievable achievement for all the partners and something incredible to build on. Well done and thank you to everyone who made this possible.”