Capital & Regional, the UK’s leading owner and manager of community shopping centres, opened a major new 23,000 sqft Matalan store at The Mall Maidstone this weekend. This is confirmed as the only new store to be added to Matalan’s UK portfolio in 2020, and takes up the last remaining former-BHS space in the Capital & Regional’s portfolio. The Matalan opening coincided with PureGym, the UK’s largest gym operator, which will start fitting out its new fitness facility at the centre in November. 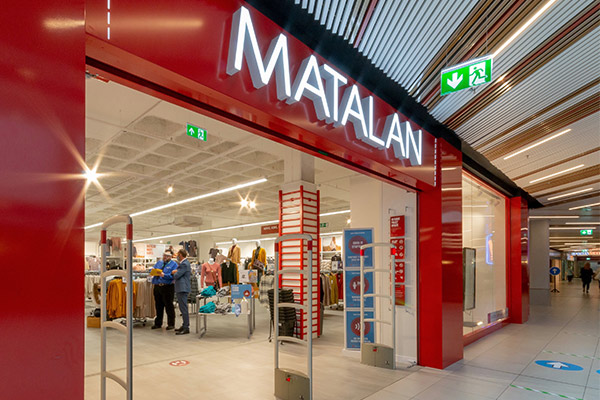 Family retailer Matalan officially opened at The Mall Maidstone on Saturday 19th September. Keeping family at the heart of the brand, the Maidstone store includes womenswear fashion inspiration, fantastic kidswear, menswear and on trend homeware, all under one roof. Relocating from a previous unit on the edge of the town centre, the new store at the Mall Maidstone offers a new and exciting high street location for customers, with the most up to date fit out. The store takes over the unit formally occupied by BHS. Capital & Regional has now fully let all former BHS space across its portfolio.

“Matalan is a perfect fit for us in Maidstone, enhancing the everyday needs-based clothing and homeware offer at the centre, as well as the staple, dependable family offer that’s key for our local community. It’s been a tremendous team effort to open this new store in the current retail climate, an effort that speaks to the incredible professionalism and resolve of both project teams. We’re also incredibly proud as a business to have the retailer’s only new store opening this year at one of Capital & Regional’s centres” said Gareth Holland, leasing executive at Capital & Regional, who led on the deal.

Capital & Regional has worked closely with Matalan to ensure the new store could open on schedule, overcoming the various challenges presented by Covid-19 and ensuring new health and safety protocols were upheld throughout, issuing clear guidelines and regular contact with Matalan during the intensive fit-out process.

Relocating from our old store to The Mall Maidstone has enabled us to boost our local presence by ensuring our store is well located as possible in central Maidstone and as accessible to shoppers as possible, and represents the high standards expected by the local community.

Antony Darbyshire, property director at Matalan commented: “We’re delighted with our major new Maidstone store, and impressed that we’ve been able to open on time – it’s been a great team effort across the board. Relocating from our old store to The Mall Maidstone has enabled us to boost our local presence by ensuring our store is well located as possible in central Maidstone and as accessible to shoppers as possible, and represents the high standards expected by the local community. We’re looking forward to working with Capital & Regional in the coming months to ensure our customers can enjoy a safe shopping experience in our much-improved store.”

Furthermore, PureGym began fitting out its new 14,000 sq ft gym facility at The Mall Maidstone. PureGym is moving into a previously vacant unit at the shopping centre, underpinning Capital & Regional’s long-term strategy to create thriving and cohesive communities by introducing non-retail uses in its centres - uses that complement the needs-based anchor tenants currently operating across its portfolio.

Rob Hadfield, Commercial Director at Capital & Regional, said “We aim to create vibrant mixed-use destinations that meet the needs and aspirations of our local communities. Signing PureGym at the Mall Maidstone is another big step forward in this sense, empowering the local community to reconnect through health and fitness.”

Duncan Costin, property director at PureGym, said “Following the successful launch of our store at The Marlowes, we are excited to begin works on our new store at The Mall Maidstone in November. It’s another ideal location for PureGym given the prominence of the shopping centre within Maidstone. The availability of parking at the centre and surrounding public transport are key attractions for us and will no doubt be appreciated by our members.”