In 2016 we completed a dramatic £6 million refurbishment of The Mall Maidstone, modernising the 500,000 sq ft centre and delivering a re-energised, more vibrant, shopping environment.

See below to watch the video and read about the improvements we made.

The Mall Maidstone is home to over 100 retailers and generates an average weekly footfall of over 220,000. Originally built in 1976, we wanted to provide a dramatically improved shopping experience and support new retailers. Work to refurbish the centre began in July 2015 and was completed in September 2016. 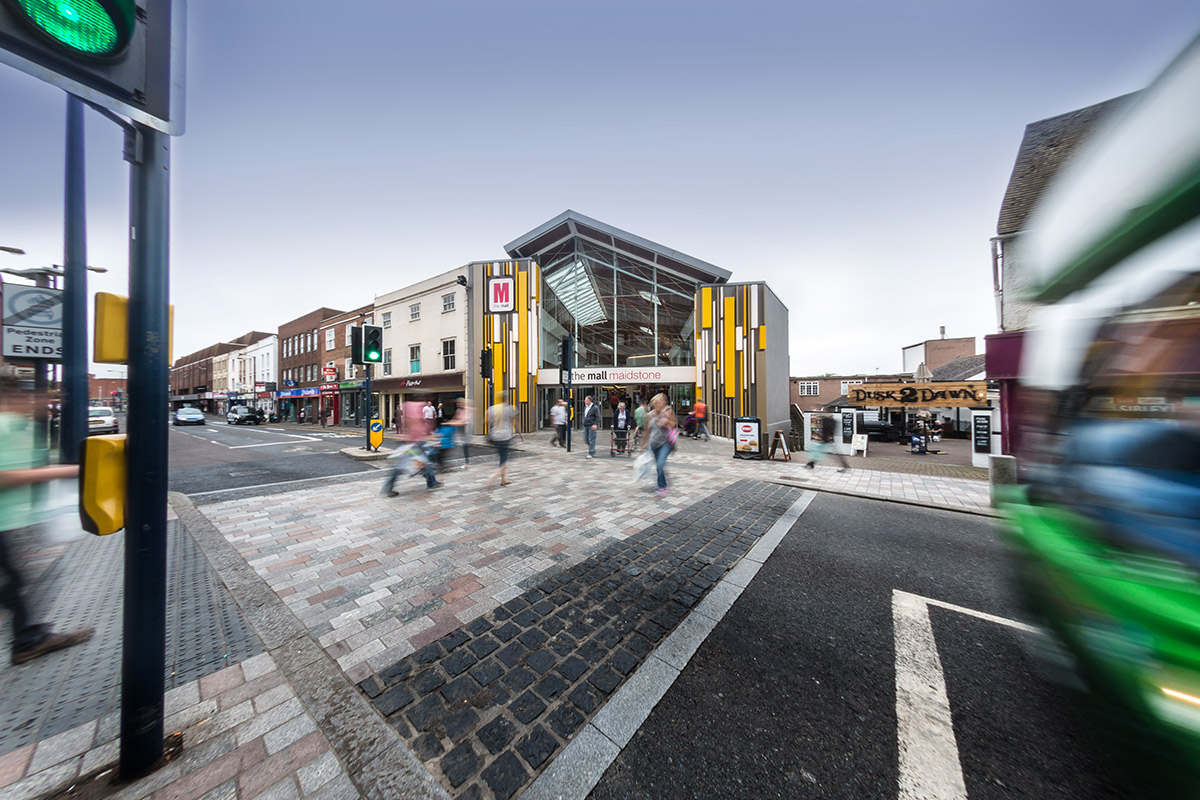 Externally, the previous dated entrances to The Mall on King Street and Gabriel’s Hill have been updated to attract attention creating a much fresher, more welcoming look to the shopping centre. At King Street the old canopy was removed to open up the entrance and provide a view from Week Street to the centre, with a dramatic and modern treatment on the surrounding walls, including updated brand signage. The Gabriel’s entrance has been enlarged taking advantage of previously underutilised space to provide better access to the lower level of the centre, and impressive volumes reflecting the scale of the shopping centre.

Internal works included the installation of new contemporary flooring, a state of the art LED linear ceiling lighting system, and a new sharper look to pilasters throughout the Mall. The lifts and toilet facilitates have also been revitalised. Bulkheads were removed from around the main atrium to allow more natural light to shine through, and augment the retailer visual connectivity between lower and upper shopping malls.

New technology has been installed including a large-format digital screen which carries advertising and centre promotional messages. A new customer service desk with touchscreen information point, developed for The Mall as part of a brand touchpoint update, has been installed from which the centre operates the CollectPlus click and collect service, and this complimented by a digital What’s On Board with a further two digital screens carry centre information and promotional messages.

The refurbishment works have helped bring new retailers into The Mall, with TJ Hughes taking a 32,000 sq ft unit that opened in September 2016, Poundland, McDonalds, Pizza Hut and Holland and Barratt all upsizing and refitting, as well as new lettings to Flutterbyes, BB’s Coffee and Muffin and Egg Free Cake Box. Further letting will be announced in early 2017.